A step back from the brink.

Renovation work was undertaken in the early 1960s. This involved re-sculpting many of the window casements in concrete and, more particularly, re-pointing a significant amount of the tower’s original brickwork. What the well-meaning builders did not consider at that time, was that Portland Cement would keep the water in as well as out. As the light-weight roof steadily failed over the years, the inner structure of the tower absorbed more and more water. The result was that, 50 years later, large pieces of the upper brickwork were becoming detached and the stability of the tower itself was in serious jeopardy. In 2011 a large piece of the masonry supporting an upper doorway, fell into the stair-tower. It took a further four years of local pressure before its owners, Sevenoaks District Council, were in a position to take action.

In August 2015, a 14-week period of conservation began to be carried out by Pierra Restoration under the direction of architects, Thomas Ford. Every area of Portland Cement had to be drilled out and replaced with a porous lime cement mix. The reinforced concrete window casements were replaced with Sevenoaks Ragstone, carved on the spot. Finally, a new weather-tight roof discreetly crowned the re-conserved tower. It was a success story and the first step in the tower’s reintroduction back into the Otford community.

The palace is one of the oldest standing historic buildings in west Kent. In the future, it is intended that it become a springboard for families wishing to discover the fascinating past of the Darent Valley. The Archbishop’s Palace Conservation Trust has now been passed responsibility for the Palace. For further information visit: archbishopsconservationtrust.co.uk 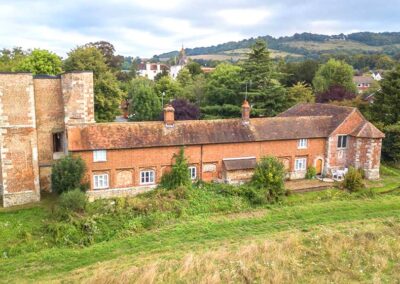 An aerial shot of the north western range 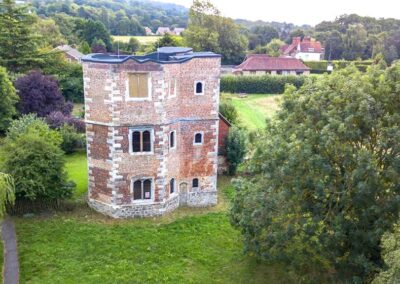 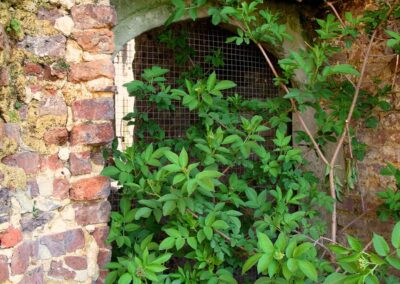 The fabric in great need of renovation 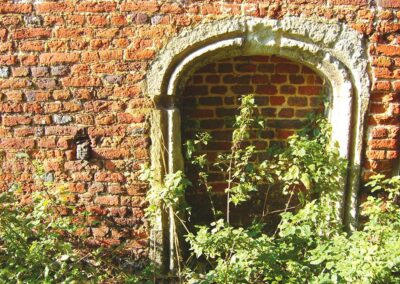 The blocked doorway to the guardroom 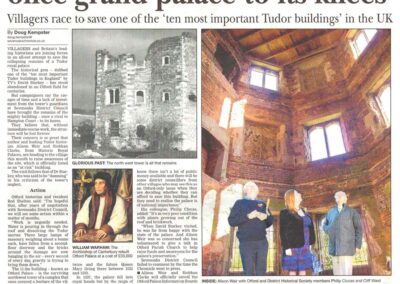 Publicity to save the Palace in the local press 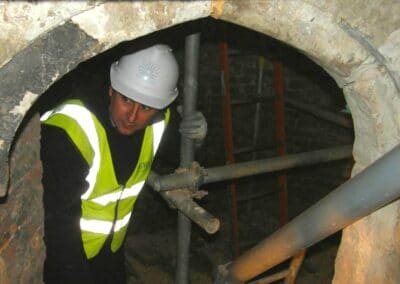 Inspecting the extent of the damage 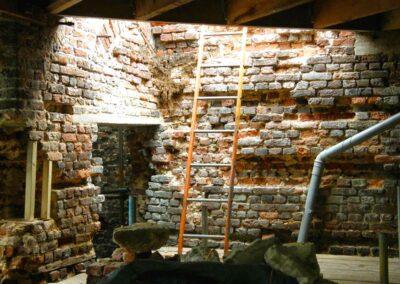 Cutting out and replacing the ancient brick fabric 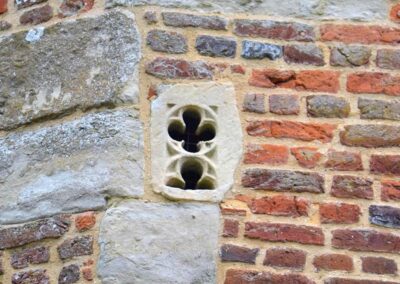 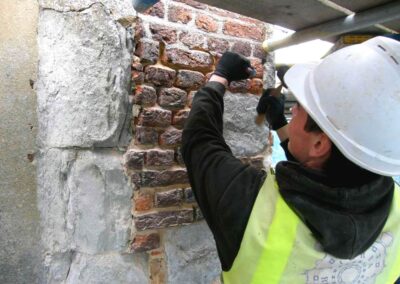 Repairing mortar to shield the walls from damp 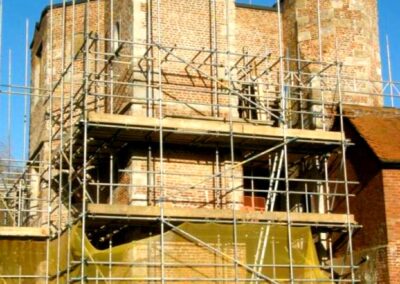 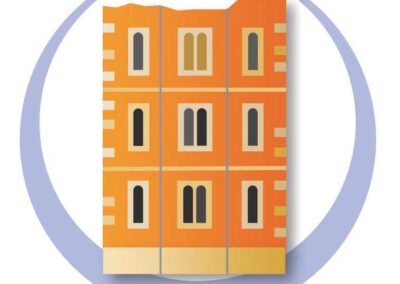