The palace has been much misused in its unhappy existence. There is an unsubstantiated legend that the lead which covered all its roofs was removed by Elizabeth I in the late 1560s in order to fund her Irish Wars. Its dilapidated condition certainly soon became a reclamation yard for stone and brick used for centuries by builders of houses throughout the county. In the early 1800s Lord Sackville of Knole transported the whole left hand side of the great gatehouse, to his park in Knole. From it, he created his famous folly. The Victorians idealised ruins such as the empty tower, actively encouraging ivy growth to enhance this romanticised vision. The Palace and its land had become part of the extensive estate owned by Castle Farm. The range of cloisters and its gatehouse, were now converted into a working barn.

Unfortunately in the 1930s, Castle Farm passed into the hands of a developer who threatened the Rural District Council of Sevenoaks, that unless they pay him for the land, he would build an estate of homes over Palace Field. The developer was paid off and what remained of the Palace reprieved. After the war, responsibility passed to the newly formed, Sevenoaks District Council. 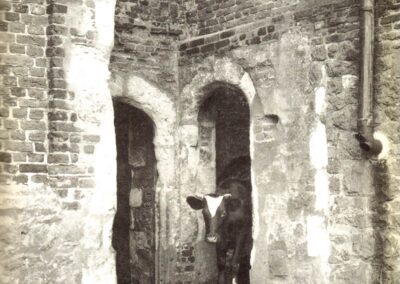 Once the home of princes, a cow takes up residence 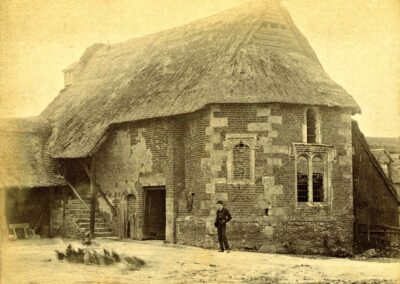 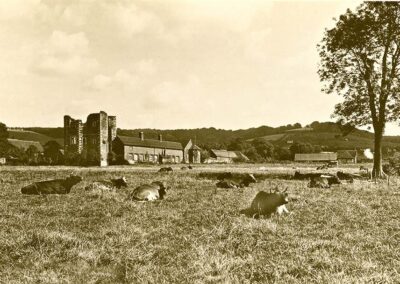 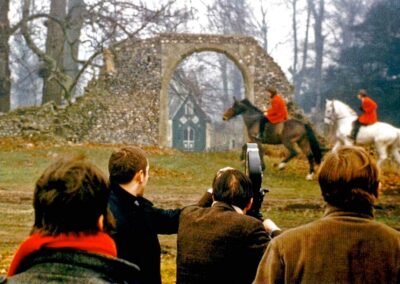 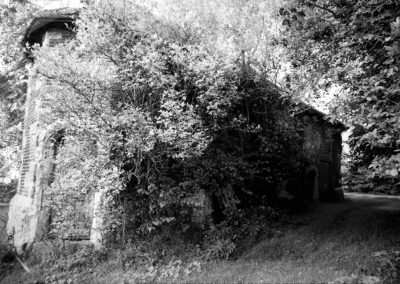 The lost and haunted ruin 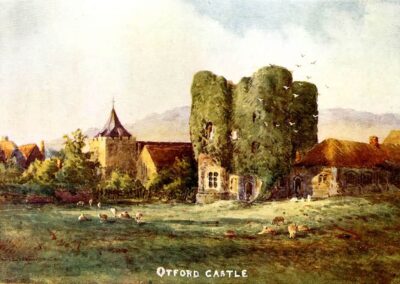