From simple hall to holy residence.

In 822AD Ceowulf, the king of Mercia, and subsequently his daughter, Aelfflaed,  agreed to sell significant parcels of land in Kent to Wulfred, the Archbishop. This included land at Otford. The first building to have been erected here would almost certainly have been similar to a Saxon lord’s hall, built of timber with a thatched roof.  For protection, there would also have been some form of stockade and ditch surrounding it. These were dangerous times.

Over following centuries, the area within the moat was enlarged at least three times. For the enjoyment of the Archbishop and his guests, the land to the south of the manor was also emparked and herds of deer introduced for hunting expeditions. Over time, this important manor grew in both size and importance. In 1315 a beautiful chapel in the Decorated style was built by Archbishop Winchelsea In 1348, with the Black Death ravaging London, Edward III brought the entire court down here to party away the Christmas holidays.  Just forty years later, in 1382, a 31 metre-long Great Hall was built on the site by Archbishop Courtney.  The great hall could accommodate 200 in a single sitting. Then in 1514, Archbishop Warham began his plans to replace this sprawling medieval manor, reputed at that time to be ‘one of the grandest houses in England’, to build  a Palace. 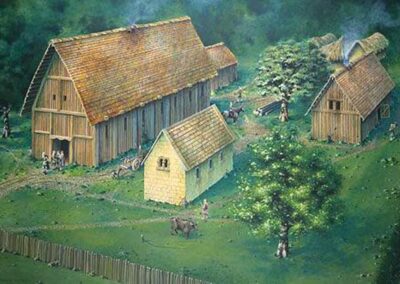 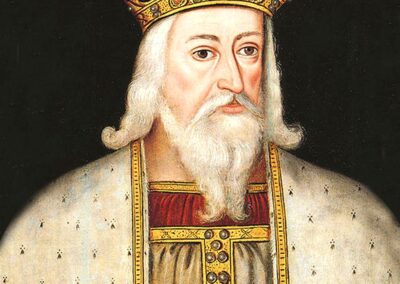 Edward III stayed at Otford, Christmas 1348 to escape the ravages of the Black Death 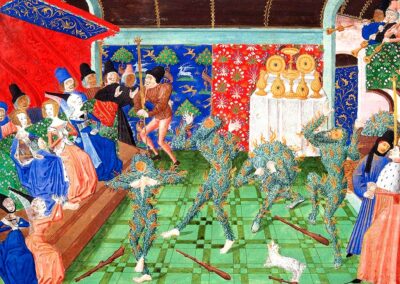 Elaborate entertainment would have been staged for distinguished guests 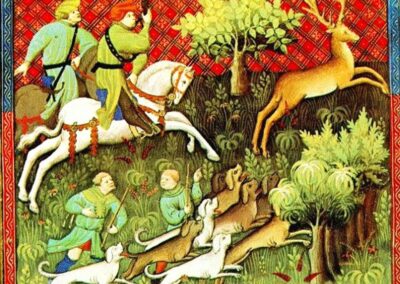 The original ‘Sport of Kings’ a medieval deer hunt 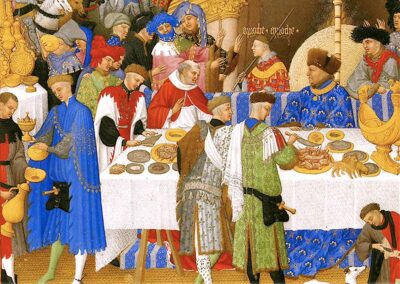 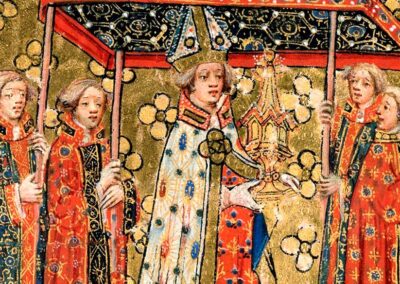 A medieval Archbishop of Canterbury was second only to the King 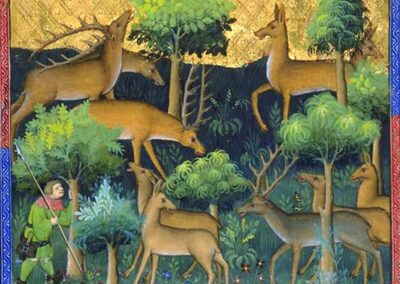 Reared for the chase in the Archbishop’s Deer Park