The man behind the mitre.

Warham was educated at Winchester College and New College, Oxford. The study of the law was his greatest love.  Only at the age of 44, did he take holy orders.  At this point, he was introduced to Court and to the king, Henry VII.  Henry soon found him a useful and very clever diplomat.  So impressed was he that he made him his Master of the Rolls and allotted him as tutor to his son, young Henry (VIII). At age 50, he was consecrated Bishop of London and became Keeper of the Great Seal.

Two years later he accepted the position of Archbishop of Canterbury.  He was then invited to become Lord Chancellor.  He was to officiate at the coronation of Henry VIII as well at the king’s marriage to Catherine of Aragon.  It was only when he had reached 64, when most would be considering retirement, that he began building his great palace of Otford.

As his close friend and confidant, Erasmus wrote how Warham was always considerate and generous in public yet very modest in his own private life.  According to Thomas More another close confidant, Warham died in voluntary poverty simply because of his generosity. He died aged 82. 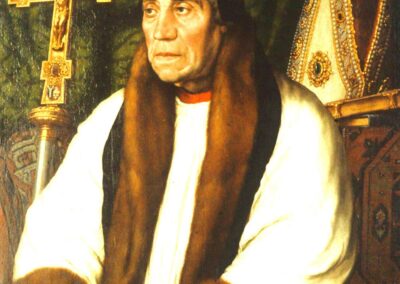 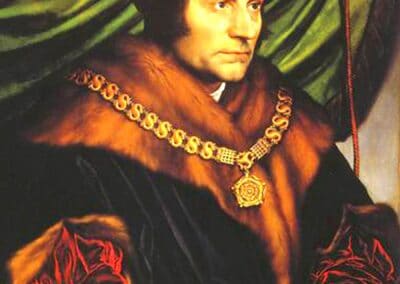 St Thomas More, one of six-saints-associated with the palace 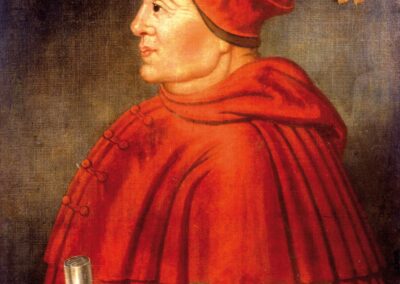 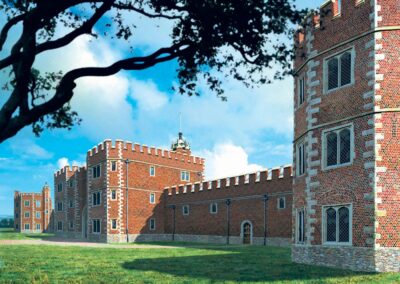 The opulent Tudor North Range of the Renaissance building