In 1928 parts of a Roman villa were discovered on land behind the garden of a house on Pilgrims Way East. Over two seasons of excavations, the amateur archaeologists uncovered what appeared to be the remains of a villa. The site was re-covered and since that time, no further excavations have been carried out.

Of interest were the examples of wall-plaster indicating an extract written from Virgil’s Aeneid  as well as parts of wall paintings of men carrying spears.  Unfortunately however many of these examples were lost following a period of icy weather. It is hoped that future archaeological investigation will more thoroughly explore this important Otford Roman site. 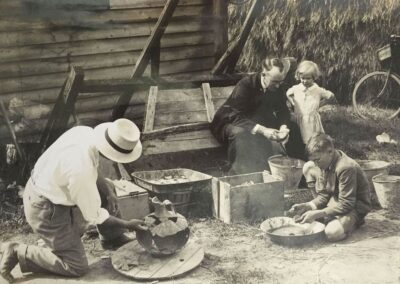 Washing potsherds and reconstructing an amphora 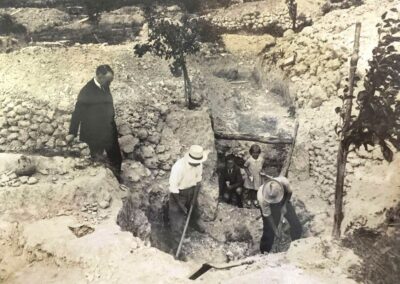 Progress Villa dig in 1920s (note children in trench, which would be frowned upon today!) 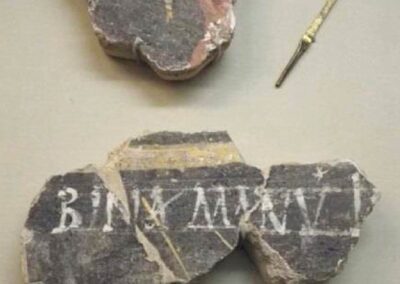 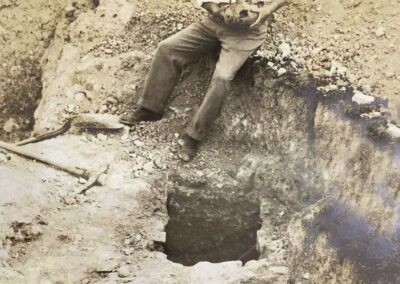 Sitting on the Kiln at Progress Villa, 1920s 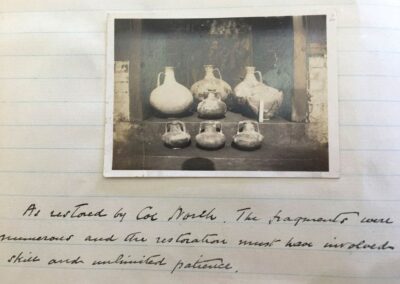 A great hill-fort overlooking the valley