St. Bartholomews probably gained its name in about 1020 after Canute’s wife came back from Rome with the saint’s arm. This country church has witnessed the coming and going of archbishops, kings, and Royal princes and princesses over many centuries. The origin of today’s structure was probably Saxon, replacing an earlier timber chapel here. Much altered over the centuries, its stalwart tower was added in 1185 and, judging from the style of the buttresses, its south aisle and Lady Chapel added in the early 1300s. It contains a noted Easter sepulchre and became the family church for the local Polhill Family, whose hatchments and funery armour still hang here. The little doors of its pew-ends hark back to earlier centuries when the foremost pews consisted of high, discreet boxes.

The Easter Sepulchre: Beside the altar stands a beautifully carved, stone Easter Sepulchre. It dates from 1510-1527 and is considered the finest among the Darent churches. Its original purpose was to hold the crucifix and sacrament during the two days preceding Easter. Notice the small ledge on the right of it which represents Christ’s empty tomb. Sadly, the Easter Sepulchre was badly vandalised in the enthusiasm of the Reformation. Ironically, as you can see if you look up at the carving on its lintel, Tudor roses and a discreet pomegranate were once included there in honour of Catherine of Aragon. How ironic that the mason’s skilled work must only have been completed just a few years prior to the destructive zeal of the Reformation.

Hatchments and Funery Armour: Hatchments were the painted coats of arms of a knight or noted family, carried in advance of the funery cortege. There is an extensive display of these hatchments on the tall, west wall of the church. They originate from the deceased members of the local Polhill family who, for centuries, lived at Broughton Manor. The knight’s helmet, hanging beside the altar, is another, similar funery item dating back to the 1400s.

Candelabra: When you enter ‘St. Barts’, your eye is naturally drawn to the many hanging brass candelabra. These date from 1912. The largest one, hanging in the centre of the chancel, is partly eighteenth century. They are all still in regular use, particularly during the Christmas period when candlelight becomes the only source of illumination.

The Polhills: The family first came to Otford in 1554. They rose from yeoman farmers to noted, landed gentry and at various times, owned most of the land in Otford and the surrounding area. Two brothers rose to National standing in the mid 1700s; David Polhill, an admired local MP and his brother, Charles, who rose to become the commissioner of Excise. The brothers however, were like chalk and cheese. David built a reputation in Parliament, always seeking to better his Kentish constituents. He died, much loved by his constituents. His is the discreet wall monument on the south wall. Charles, determined, wealthy and influential put significant money aside for the erection of his overbearing monument and threatened the vicar should he refuse to install it! Sibling rivalry continued even to the death. It was his son, George, who finally sold Broughton Manor in 1830. 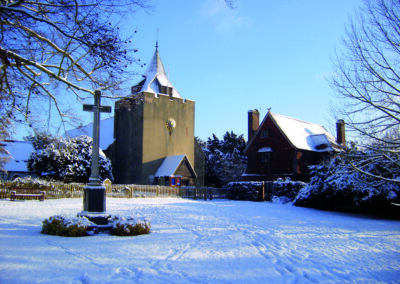 Otford’s church tower was raised in 1185 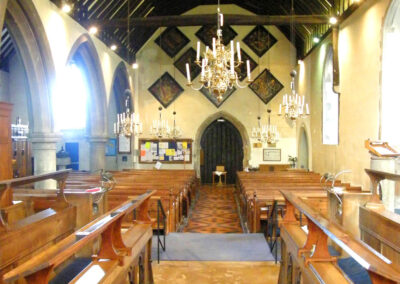 St. Bartholomews’s nave which, in parts date back a thousand years 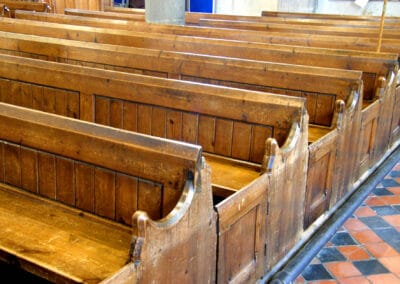 Each pew-end has a little door 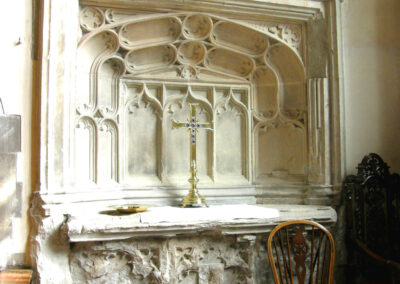 Eastern Sephulchre, to the north of the High Altar 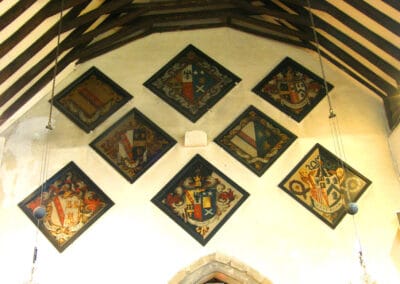 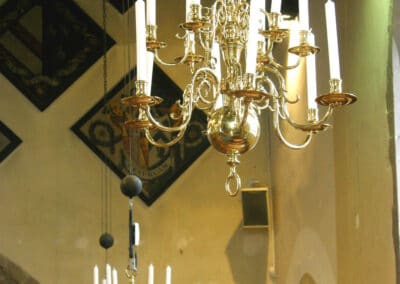 St. Bart’s candelabra is still used during some services 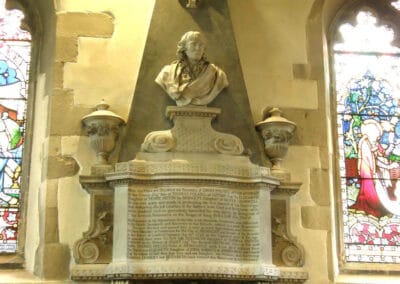 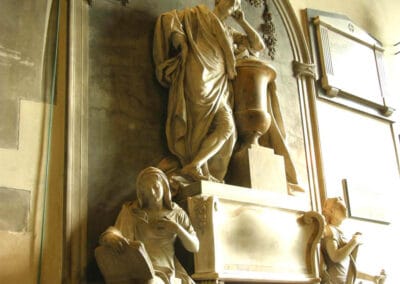 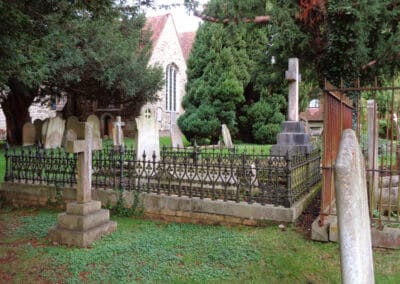 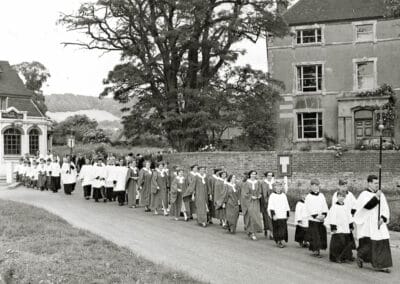 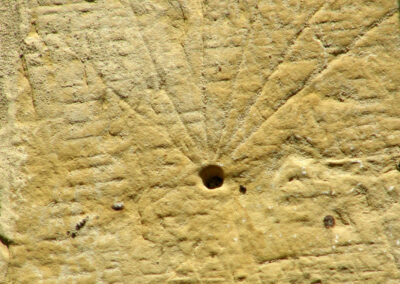 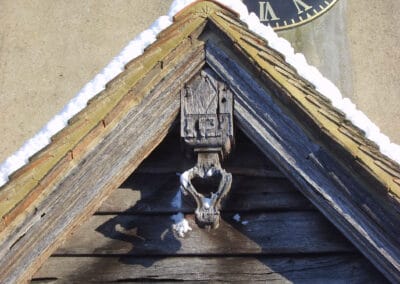 The timber porch with pendant dated 1637 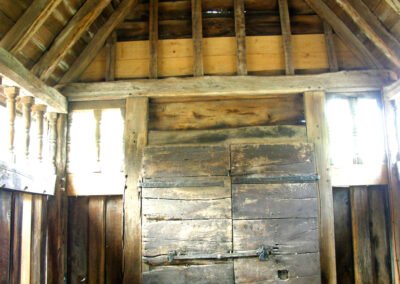 The wooden interior of the tower porch